Thank you for visting my site.

On my site, you can read my speculative fiction story. I hope you enjoy!

The Switch to Virtual School

At 7:30 on a Monday morning, Anna woke up to the sound of her blaring phone alarm. She dragged herself out of bed, and trudged downstairs to eat breakfast with her sister, mother, and father. After finishing her bowl of cereal, Anna returned to her bedroom and turned on her computer, which consisted of a keyboard and touchpad that projected a holographic screen directly above it. Still in her pajamas, she logged into the iSchool application via face recognition at precisely 8:00 to begin her school day. She messaged her classmates as they waited for their teacher to send out the opening message for the morning.

Anna was a 4th grader at Minneapolis Elementary, a completely virtual elementary school that served thousands of students in Minneapolis, Minnesota. It was the year 2030, and nearly 70 years ago, University High School was the first school in the Minneapolis school district to switch to virtual schooling. It began as an experiment in networked computing, but the online school’s success led the city to establish virtual schools throughout the district. Now, there were no physical school buildings in the city. Instead, all children attended class and interacted with students and teachers via the iSchool application from the comfort of their own homes. 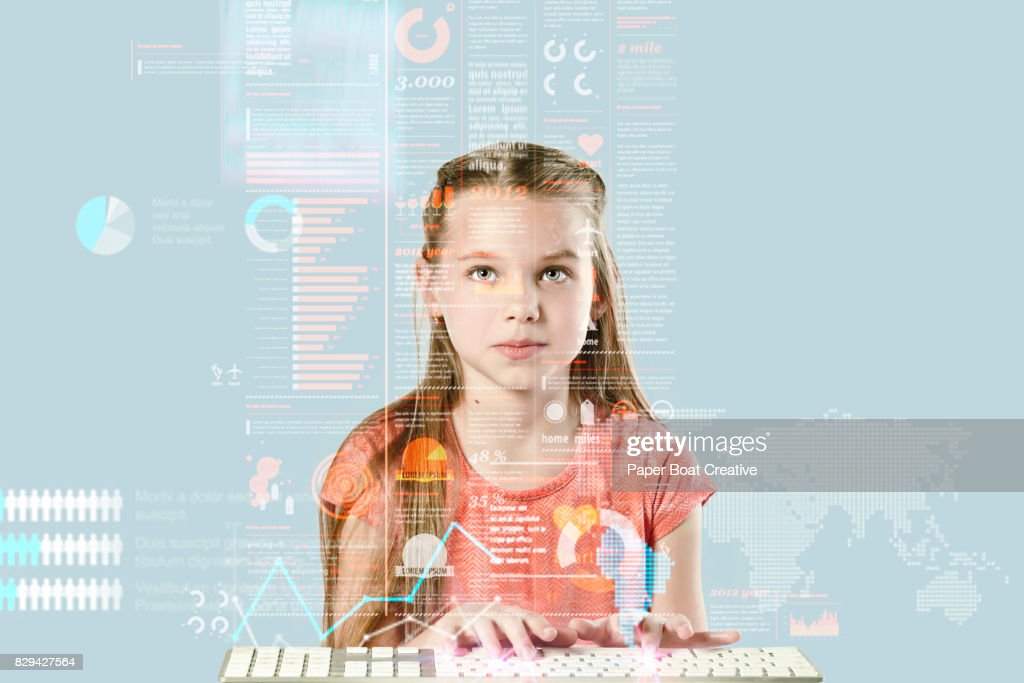 A few minutes later, a message from Anna’s teacher appeared on the hologram, introducing the math lesson for the morning. There was a video demonstrating the skills, and an assignment that all students had to submit. On the side of the screen, there was a class message board where students could ask questions to the teacher and their peers. Anna watched the video and completed the assignment easily, counting down the minutes to recess.

At 10:30, Anna’s teacher sent a message announcing the start of the students’ recess. Suddenly, a large selection of multiplayer computer games appeared on the screen, as well as a student message board. After messaging with some classmates, Anna decided to play a racing game against her friends. Anna had only met a few of her classmates in real life, but still considered many of them “friends”--although their friendships consisted of nothing more than online messaging, multiplayer computer games, and class collaboration. She knew their names and their profile pictures, but accepted the fact that this was likely all she would ever know about them, unless they arranged to meet outside of school. After recess ended, the students began their history lesson. The teacher posted a reading and video titled “The History of Minneapolis Elementary” along with a set of questions for the students to complete. Anna read intently about her elementary school prior to its switch to a virtual school in the 1960s. As she sat in her cozy bedroom in her pajamas, she was shocked to learn about a physical school building with classrooms and a cafeteria and a playground. The thought of leaving her house for school was such a foreign concept, because everyone she knew, including her parents and other adults, had attended virtual school. She wondered what it would be like to meet her classmates and teacher in person, to play outside during recess, and to eat lunch with them each day. It sounded like a lot of fun, and it was something she wished she could experience.

Anna then watched a video about how iSchool programmers developed the application with features such as message boards and multiplayer games to facilitate socialization among students, in order to mimic the social atmospheres of face-to-face schools from years ago. The video explained that even so, students were generally unable to achieve the same social relationships they formed from traditional schooling. Until now, Anna and her classmates had never known anything different, so they accepted the limited socialization allowed by iSchool. But now Anna was curious--her history lesson had exposed her to something completely unfamiliar, and she wanted to experience the social environment of the traditional school system.

Thanks for reading my story. If you would like to read my classmates' stories, visit this page!